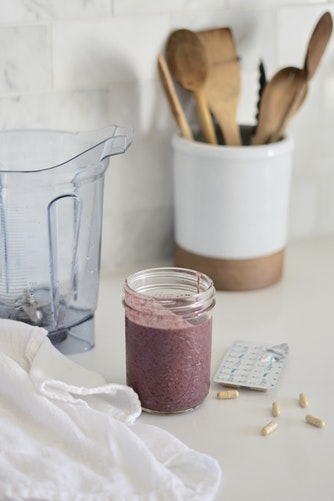 Supplements to gain mass fill the shelves of specialty stores, among the most popular of them are Whey Protein and BCAA. But, there are other supplements, not so famous, that makes an interesting complement to physical activity practitioners who want to increase lean mass,

Who would have thought that a vitamin could be one of the supplements to gain mass? Yes, but vitamin D plays an important role in bone health, immune system, and cardiovascular health; and its benefits in physical performance can be observed in both athletes and beginners in the practice of physical activity.

A scientific study concluded that vitamin D is associated with increased muscle strength of legs and arms in patients undergoing strength tests (Grimaldi et al., 2013). In another study, it was found that higher vitamin D concentrations improve post-exercise muscle recovery.

Besides, vitamin D already has a known role in the immune system, which we know to be a point of attention for athletes, who are more vulnerable in this regard.

Vitamin D supplements are found in drops or capsules, associated or not with other vitamins and minerals. A nutritionist is a right professional to help you choose the best supplement to make up a food plan.

There are also natural sources of vitamin D, such as whole milk and some types of fish. Vitamin D is fat soluble, i.e. it is stored in fat, skimmed milk does not fit as a source.

The best source of vitamin D we have is still through the sun, and exposure to sunscreen is very important – be careful only with times of increased incidence of UVA and UVB rays so as not to increase the chances of skin problems.

Beta-alanine is perhaps the most popular mass-supplement in the sporting world. It decreases post-workout fatigue and improves performance, especially by high-performance athletes.

Beta-alanine is a precursor amino acid of carnosine, a component formed of two amino acids (alanine and histidine) present in muscle fibers and acts as a neutralizer of blood acidity during training – decreasing acidosis that causes muscle fatigue. Also, studies show that there is an increase in lean mass in athletes who supplement with beta-alanine.

Daily supplementation with 4 to 6 g beta-alanine for at least 2 to 4 weeks shows improved exercise performance in both trained and untrained participants. That is, the level of training does not alter the effectiveness of supplementation. Its known side effect is that of tingling muscles.

The International Society of Sports Nutrition presented a favorable opinion to the supplementation of beta-alanine, indicating that its consumption is safe by healthy individuals. However, use it under the guidance of a health professional.

Probiotics are beneficial bacteria for the body, bringing the most diverse functionalities to the body, improving the digestibility of food, to immunity. There are many species of probiotic bacteria, each with specific benefits that, when combined, can potentiate its action in the body.

One of the means that athletes benefit from probiotics is through simple bowel regulation, which when healthy, facilitates the adaptive response to exercise.

It is common for high-performance athletes to have symptoms such as intestinal discomfort and diarrhoea, and the use of a probiotic supplement helps combat the causes of these symptoms.

Now that you got to know different types of gain mass supplements, you can get out of the ‘whey-protein box’ and have even amazing results. Don’t forget that you should always ask for a professional opinion before you use any kind of supplementation.