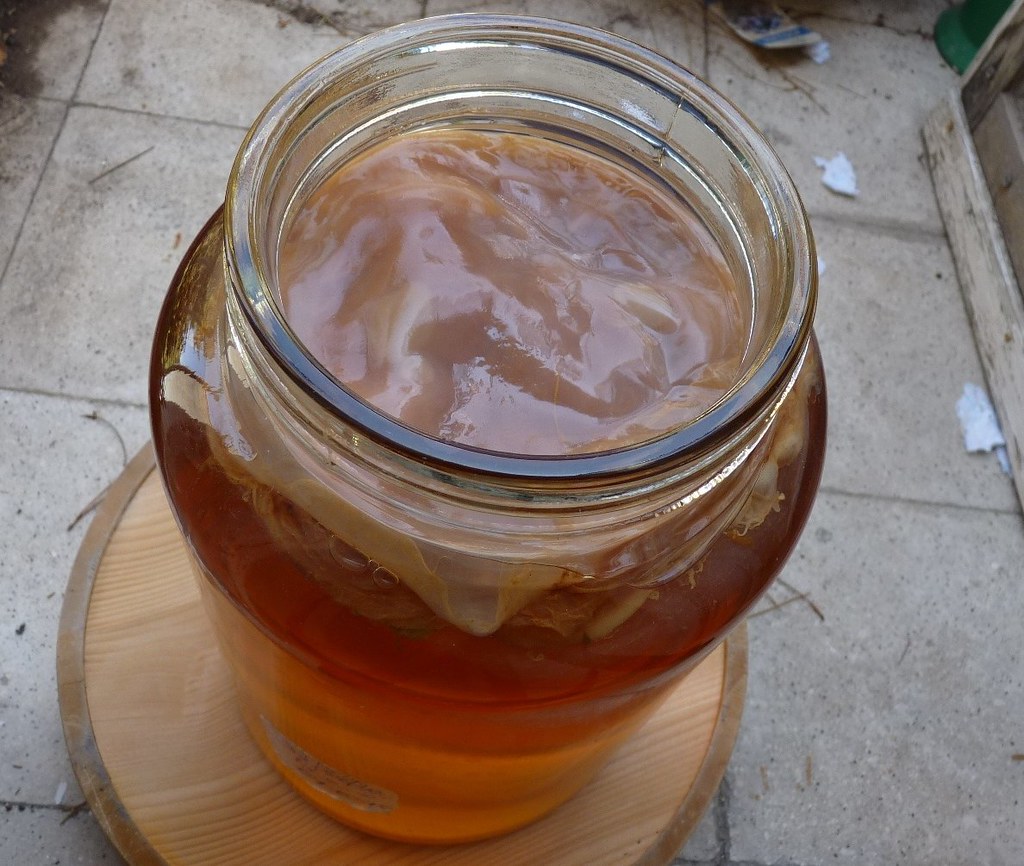 Kombucha is becoming a wildly popular elixir in the health community – but most people have no idea what it is!  Kombucha is fermented tea.  Typically, it is made from a base of black or green tea sweetened with sugar.  Once the tea is brewed, a SCOBY (symbiotic colony of bacteria and yeast) is added to the tea and it is fermented for several days.  The SCOBY “eats” the sugar and caffeine from the tea and we are left with a slightly sour drink full of probiotics and other goodies.  Oftentimes, the kombucha is brewed a second time in a closed container with fruits and herbs in order to add flavor and carbonation.  We are then left with a deliciously sour, bubbly drink!

Kombucha has been claimed to improve a number of illnesses including AIDS, cancer, diabetes, immune system problems, libido problems, and gray hair.  However, none of these claims have been proven scientifically.  Personally, I drink kombucha because I can immediately feel my mood boost, my energy levels rise, and my digestive system improves!  You’ll have to try it yourself to see how it affects your body.

Kombucha also contains many great nutrients!  Just check out some of them below:

However, Kombucha also contains a small amount of caffeine and alcohol – so anybody with sensitivities to these should avoid them.  Kombucha is not recommended for pregnant or nursing women, children under 4, or people with poor immune systems.

If you’re still curious to try this health elixir, I would recommend by starting with GT’s Original Raw Kombucha.  It has a great flavor, and is very neutral on the kombucha scale (not too sweet, not too sour).  If you love it after the first sip, then start experimenting with different brands and different flavors – you’ll be amazed what the world of kombucha has to offer!